I often receive learning epiphanies during life's many moments of joy with my family (history will tell as the experiences are recounted by my children to their children). On this particular day I was taking one of my sons out on horseback through the desert and into the river area. My son Jake was 8 at the time and he was going to ride my old trusted horse Samson (Sam). This horse taught me how to ride and my sons how to ride as well. He was an amazing horse.

During this trip into the desert I learned or was reminded of many aspects of designing and delivering training in a manufacturing environment. Here’s what I mean…

We started fairly early in the morning so the temperature was still cool. We were loading up two of our horses, Sam and Bailey, into the trailer so we could get out a bit before we started riding. Jake was getting the gear for Sam and I was getting the gear for Bailey. Sam’s saddle was really heavy. It was a roping saddle given to me by a good friend who won it at a roping competition. Jake was 8 and in my opinion the saddle was too heavy for him to carry. I went to to help but he insisted on carrying it. He struggled with the saddle something fierce. But he wanted to carry it. Much to my surprise he did it. He did it because he set his expectation to be able to carry the saddle. There was no quit in his expectation.

Lesson #1 - Learners will rise to their level of expectations. You can influence their expectations by by guiding them but you can’t take over the project...which leads to…

Lesson #2 - Sometimes learners may struggle but you have to give them that space to struggle and succeed. You can coach them along the way but ultimately they have to take back a usable skill to the workplace. The struggle helps the learner become better at what they do because their is greater meaning to their learning.

What a day so far! I learned and reaffirmed some things about learning before we even got started on the ride.

Lesson #3 - Be certain of the beginning and the end. Let the learner speak into the route to get there. They will gather more tools and build more meaning into the learning when are an active part of the learning.

Now we are headed towards the great Mojave River. Maybe it’s not great but it’s what we have. I believe it is the only river that runs south to north. Anyway, we are off and moving through the desert. We come to an area we have to go through some trees that have created a sort of low tunnel. I lean over Bailey so I don’t get whacked by the trees and make it through the “tunnel” (maybe 50 feet). I look back and there’s Jake with Sam slowly heading into a tree. Some dogs started barking and spooked both Sam and my son. Sam did not want to go through the “tunnel” with the dogs barking. I was yelling (because of the noise and my distance from him) to Jake, how to pull the reigns to back Sam up and get out of the bad situation. Jake pulled the reigns the wrong direction and Sam simply stopped and would not budge. The dogs are getting louder and Sam and Jake were getting anxious. Finally I get back there and show Jake how to pull the reigns to walk Sam backward and I held a lead rope until we got passed the dogs and through the tunnel.

Lesson #4 - Telling rarely works. When we lecture or tell learners what to do clarity is often obscured. If it is an action that must be learned show the learner even if it means backing up a little bit and taking the reigns for a moment.

Lesson #5 - The environment matters. If something is going wrong look for clues in the learning environment as to why this is happening? Could the error be caused by poor tools, or unclear processes? The dogs can come at any time and create confusion.

Lesson #6 - Where you put the focus matters. Before I went back for Jake and Sam they were focused on the dogs and the trees. These were both problems. When I went back I put the focus on getting to the opening after the trees. After the focus shifted everything went smooth. In training learners can lose focus at times. Help them see the bigger picture.

Lesson #7 - Be willing to take the lead and force some actions when learners are nervous. When they get to the a successful final product they will gain confidence and learn from the experience.

On the way back Jake’s confidence was once again at a high level. I let him take the lead and guide us back to the trailer. He leaned back and asked some questions as we talked on the way back. He decided to change the route to go around the dogs and tunnel. He let us back to where we parked the trailer with no problems. When we got home we both wanted to get something to eat and drink but we had to make sure Sam and Bailey were put back and taken care of first.

Lesson #8 - It’s okay to let the learner take the lead. Let them show others how to do things if their skills are up to the challenge. Be there to help if needed but give them some space to share what they learned.

Lesson #9 - It’s okay to change the path. Remember that only the beginning and end are set. Everything that happens in the middle is variable. Let the learner choose the path sometimes.

Lesson #10 - The only reason Jake kept going is because he trusted me. That trust was built on our relationship and how we handled the situation above. Always remember that the learner builds a relationship with you as an instructor and with the curriculum.

Design With Relationship in Mind 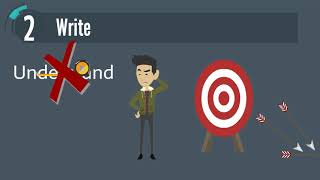 4 Steps to a Great Microlearning Script

How to Facilitate Great Learning Experience for All Our Senses. 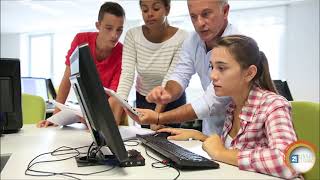 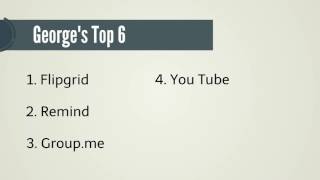 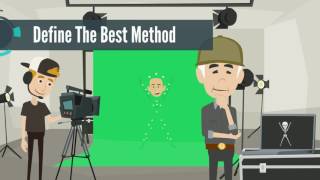 Focus!!! How to stay focused when designing microlearning

Design With Relationship in Mind

4 Powerful Presentation Tips to Help You Connect With Your Audience